Posted on November 13, 2017 by BorderReivers
Posted in Uncategorized | Leave a comment

Posted on November 6, 2017 by BorderReivers
Posted in Uncategorized | Leave a comment

Posted on October 2, 2017 by BorderReivers

Anglesey Race Report: Final Round of the British Championship

Qualifying was a very scrappy session on my behalf as I couldn’t find any space out on track meaning all of my qualifying laps were compromised hence the low starting position. This was also my first visit down to Anglesey and as the majority of testing had been in the wet it also meant I was trying to learn the circuit and its unique characteristics during qualifying in the dry which was far from ideal. Despite the disappointing start to the weekend I was confident that given a clear track we had the pace to run with the front group and I was eager to show this in Race 1.

The opening lap of Race 1 was great for me as I worked my way up to P6 around the outside of turn 3 and soon closed back up to the leading group. At the start of lap 2 I forced the car in front into a mistake and managed to secure the position around the outside into turn 2. By this point in the race I knew I had the car underneath me to continue progressing up the order as I quickly closed up to P4 a lap later. From the previous lap I had noticed I was much better on the brakes into the International loop hairpin and knew this was my best opportunity to make a pass for P4. On the run down to the hairpin the car in front defended the inside line, this forced me to the outside as we approached the corner, I braked as late as I possibly could and held on around the outside to take the position. Over the next few laps the gap to the cars in front was decreasing and I was comfortably pulling away from the group behind but ultimately ran out of laps to make any more progress up the order.

Race 2 took place on Sunday morning in the pouring rain, during testing I had been exceptionally quick in the wet so I was confident going into race 2 that I could make further progress up the grid and challenge for a podium. However this wasn’t the case, after a poor start to the race I had to fight back up the grid to P4 and never felt comfortable with the car for the duration of the race. Ultimately I slid back to P6 at the chequered flag and felt disappointed in how the race had panned out considering the pace I had during the wet testing on Friday.

The reverse grid draw put me P3 on the grid for the final race of the championship. My opening lap was pretty perfect as I climbed up to P2 at the International loop hairpin and set about catching the leader. The gap was slightly decreasing with every lap until I began to battle with the cars behind, this meant i couldn’t focus on catching the leader and had to start defending my 2nd position, I dropped to P3 on the run up to turn 4 and a lap later made a slight error into turn 2 which allowed the 2 cars behind to pass me down the inside as I slid wide. This ultimately cost me a podium in the final race of the year which was disappointing but i was still relatively happy with a 5th place finish.

Massive thanks to everyone at Cliff Dempsey Racing for their hard work all weekend and all Year! Their hard work and help allowed me to finish 4th overall in the Championship which had exceeded my expectations considering the lack of experience i have compared to the majority of the grid. 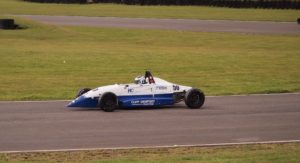 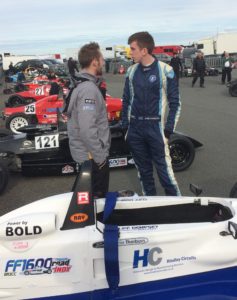 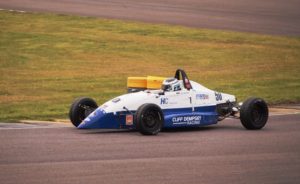 Up next is the Formula Ford Festival at the end of October.

Posted on September 4, 2017 by BorderReivers 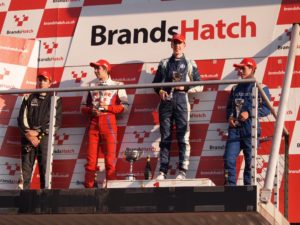 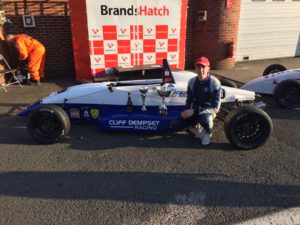 Posted on September 4, 2017 by BorderReivers
Posted in Uncategorized | Leave a comment

Qualifying was a tricky session as I never managed to put together a good lap due to traffic and some small mistakes which on this short track cost me valuable track position which proved to be crucial for the races. To end the session in P8 was hard to take as during testing on Friday I put in the fastest lap of the day so expectations were high.

A great initial start saw me gain 1 place of the line on the run up to turn 1. From then on the racing was essentially over because of a red flag 3 laps later and a shortened restart meant I could not progress further up the order. The racing was extremely close as the leading group ran in a line from start to finish, I was on the back of this queue but found it impossible to go forward as the tow wasn’t worth anything down the straights and it was easy to cover and lunges into turn 1 which was the only overtaking opportunity.

Race 2 started very poorly as I was boxed in due to the cars in front not reacting to the lights, this meant i had to back out the throttle and allowed the cars behind to swamp past me into turn 1. I dropped to 10th but recovered back to 8th before the first lap was complete. When running in clear air closing the gap to the group in front I set the fastest lap of the race which showed the pace I had. Unfortunately the race was stopped after lap 3 due to another accident and it was never restarted. This meant I finished the race P8 which was very hard to take considering the pace I had in the race and the speed at which I caught the leading group.

Due to the stoppages in races 1 and 2 the organisers cancelled race 3. The race will be run at Silverstone next month instead.

Overall Round 6 was another frustrating race weekend due to things out with my control.
Next stop Silverstone 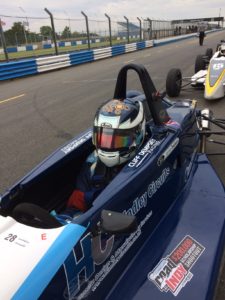 Qualifying was a manic session as everyone was fighting for track position at the beginning of the session. To end the session in P4 with 3 consecutive laps good enough for this position, this was a great start to the weekend. Qualifying P4 also meant I was the first non local driver on the grid which was a great achievement as it meant I was starting ahead of most of my championship rivals.

A great start saw me move up to P3 by the hairpin on the opening lap and I was running right with the leaders, pressuring the 2nd placed driver into a mistake I managed to get passed on the run to the chicane, holding P2 for a lap as we battled at every corner, unfortunately with us battling so much it allowed the chasing pack to catch up. This meant there was a line of cars all fighting for the same piece of road and the race soon turned into a slipstreaming battle, swapping positions every lap, falling to 4th I then climbed back up to 3rd before falling back to 4th in the closing laps. Overall P4 in my first race at Kirkistown was a great result and this ensured a great starting position for race 2.

Race 2 started perfectly as I climbed to P2 on the opening lap. This race was similar to race 1 as the whole pack was running in a line as the slipstream was stopping anyone from pulling away at the front. Running in 2nd for most of the race meant I was constantly having to attack and defend at every corner. This was very challenging but in the closing laps I managed to pull a small gap to the cars behind and mount a serious attack on the race leader, this pressured him into a mistake at the chicane a few laps from the finish allowing me to dive passed and claim my first win of the year in the British Championship!

The reverse grid for race 3 meant I started from P7, managing to get another good start I held my position before chaos ensued ahead. I had to run wide into turn 1 to avoid a spining car which dropped me off the back of the leading pack. However I had the speed to quickly close that gap before the safety car came out to help clear the track. On the restart I made a move for P6, due to this I ran deep into the hairpin and clipped the back of a car, this damaged the nose and meant I was very slow on the straights. To make matters worse I picked up suspension damage (broken roll bar) on the opening lap which was hurting me badly in the corners, these 2 problems meant I had to settle for P9 as it was impossible for me to make progress to the front of the pack.

Overall round 4 was a very enjoyable weekend, The pace I had both in testing and in the races showed the progress I have made this year and to pick up my first win in the series was the icing on the cake. A huge thank you to all my sponsors, supporters and of course my team for all their hard work and support so far this year! Hopefully the next win isn’t to far away. 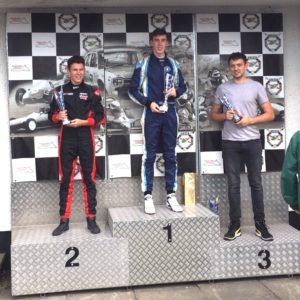 Posted on June 5, 2017 by BorderReivers
Posted in Uncategorized | Leave a comment

Border Reivers are pleased to announce Hindley Circuits Ltd as title sponsor for the 2017 season, Hindley Circuits will support Jamie Thorburn in his first season competing in the BRSCC British FF1600 Championship.

2016 Scottish Newcomers FF1600 champion Jamie has stepped up to the ultra-competitive UK championship driving the Border Reivers Ray GR15 and the car will be run by multi-championship winning Cliff Dempsey Racing.

Hindley Circuits, based in Cramlington, Northumberland, is a trusted provider of high quality electronic PCB assembly services for a range of industrial products. 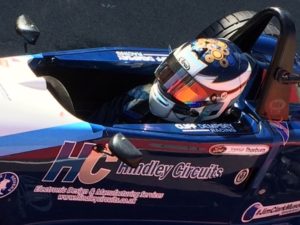